As a cultivator, maintaining a consistent grow environment is critical. Thankfully, ProKure products can address a wide range of the most common cultivator issues, depending on the product series and ClO2 concentration levels.

**Not an EPA-registered product and not labeled for sale as a pesticide under 40 CFR. 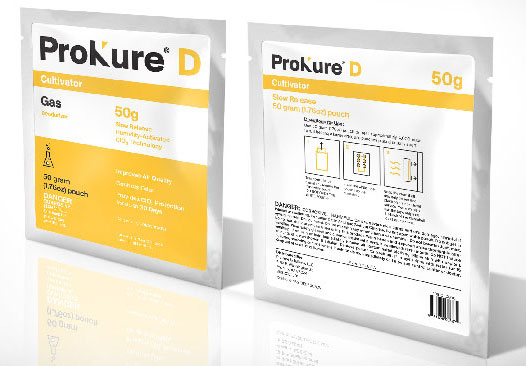 How To Use Prokure D

2.) Insert the white inner pouch into the clamshell.

3.) Snap the clamshell securely closed and pacled on a stable, level surface. You may also use the tape strips on the back of the clamshell to adhere to a wall.

ClO2 is a very small molecule, e.g., it can penetrate into very small areas. As a gas ClO2 will completely and evenly fill any space, giving it unmatched distribution and diffusion.

As a true gas, ClO2 is able to contact organisms wherever they are located and penetrate into tight, hidden or difficult to reach areas, including microscopic cracks and crevices.

Specifications for the Prokure D

EES is a full-service equipment and supplies provider.

We offer business strategy and marketing services for your business.